Find an instructor for baby swimming classes in Isle of Man 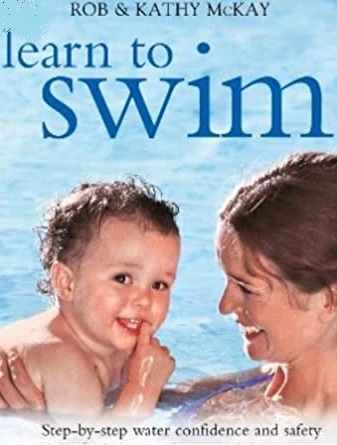 Baby Swimming Classes: If you give baby swimming classes in Isle of Man please contact us for your free listing here. If you were searching for a private lessons in Isle of Man or any of the following areas, please let us know who you go to if they aren’t listed. We had a malicious hack recently and lost all our data so we would be very grateful for your help in replacing it.

Not finding what you need? Then please contact us to enquire about residential swimming lessons. Prices for our residential swimming courses can be found on our prices page. For your residential swimming lessons, you will be staying in the house next door to Irenes private swimming pool. Facilities include kitchen, shower/bathroom, 1 double bedroom with clean bedding, lounge, tv/dvd/freeview, micro-wave, kettle, toaster, fridge and central heating. Baby swimming classes usually start at around 6 months although many recommend not till 12 months. Babies can be taken swimming immediately after giving birth! The NHS advises that babies can be taken swimming at any age but under 6 months, a large public pool is too cold for a baby.

Do Babies Know How to Swim?

Newborn babies instinctively know not to breathe while their heads are submerged in water, says Certified Nurse-Midwife Charlene Taylor, who has assisted in more than 50 water births near her Boston, Mass. home. From what Ive seen, it seems as if they know how to swim instinctively. Many of them open their eyes and move their limbs and propel themselves forward in the tubs.

Take a look at private lessons with us.

All our swimming lessons are in our private pool.

Just you & your swimming instructor.

Private self-catering, next to our private swimming pool - no sharing - just concentrate on your swimming lessons not travelling back and forth to the pool.

Your swimming instructor is there for you and no-one else.

During your course you will have their undivided attention and plenty of time to ask questions about your lessons and swimming progress.

Both Irene and Gay are ex water phobics who learned to swim late in life going on to qualify as swim instructors and specialising in water phobias.

Swimming lessons for those who have struggled to learn to swim for years are another of our specialities.  Let us teach you simple techniques that seem to evade traditional swimming teachers.

Have you taken swimming lessons but never learned to breathe properly?  Let us show you how.

If  you can swim but have never taken swimming lessons or traditional lessons have never helped you improve your technique, we can help.

We use cookies on our website to give you the most relevant experience by remembering your preferences and repeat visits. By clicking “Accept All”, you consent to the use of ALL the cookies. However, you may visit "Cookie Settings" to provide a controlled consent.
Cookie SettingsAccept All
Manage consent

This website uses cookies to improve your experience while you navigate through the website. Out of these, the cookies that are categorized as necessary are stored on your browser as they are essential for the working of basic functionalities of the website. We also use third-party cookies that help us analyze and understand how you use this website. These cookies will be stored in your browser only with your consent. You also have the option to opt-out of these cookies. But opting out of some of these cookies may affect your browsing experience.
Necessary Always Enabled
Necessary cookies are absolutely essential for the website to function properly. These cookies ensure basic functionalities and security features of the website, anonymously.
Functional
Functional cookies help to perform certain functionalities like sharing the content of the website on social media platforms, collect feedbacks, and other third-party features.
Performance
Performance cookies are used to understand and analyze the key performance indexes of the website which helps in delivering a better user experience for the visitors.
Analytics
Analytical cookies are used to understand how visitors interact with the website. These cookies help provide information on metrics the number of visitors, bounce rate, traffic source, etc.
Advertisement
Advertisement cookies are used to provide visitors with relevant ads and marketing campaigns. These cookies track visitors across websites and collect information to provide customized ads.
Others
Other uncategorized cookies are those that are being analyzed and have not been classified into a category as yet.
SAVE & ACCEPT